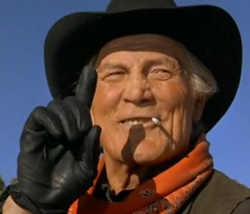 The band community in the U.S. is buzzing about the Midwest Clinic performance by the Seika High School Band. It was, by any standard, an amazing performance. I hope that it will serve as impetus for music educators in the U.S. ...and indeed our culture...to reflect upon our educational values. Not because the Japanese band system has it right or wrong, but because it is time for us to give some thought to our current commonplace value of children Doing Many Things, but in many cases doing none of them particularly well.

I've written on the topic of our penchant for "well-roundedness" a few times on the blog, most recently last January when some of the Japanese elementary band videos were making the rounds on YouTube (if you haven't done a YouTube search for these videos, you should). The main point of that article was to point out that the Japanese system is producing musicians who are accumulating 1,000 hours per year (or more) of focused, diligent practice. Many of those students will be winning major orchestral positions, there's just no way around that. But what about the vast majority of band students...not just in Japan, but here as well...who do not go on in music? What are they carrying with them when they put the instrument away for the last time? That is what I want to talk about now.

I believe that at the core of the Japanese system is the idea that excellence is the pursuit of perfection, and it is believed to be something every student must experience. Yes, Japanese students are therefore limited in the number of things they can pursue, but whatever they pursue will expose them to discovering what it means to be excellent at something. That is what they will carry onward: The knowledge of what it takes to be great, and I think the Japanese believe that it is something that can be replicated once a student has experienced it. The badge of honor is not how many activities a student can list, but rather the knowledge of what it takes and means to be excellent at something.

In U.S. education circles striving for perfection is an idea that is considered to be oppressive, stressful, and wrong for students. Contrast that with the thunderous applause given by music educators to the Seika band while those young "perfectionists" grinned from ear to ear. This is because there is a difference between being perfect (impossible) and striving to be perfect (excellence).

Excellence is foundational in the arts. In music, striving to do justice to the composer and his or her music is...simply must be... about excellence. Great musicians know they will never be able to perform perfectly, but they also know that their responsibility is to reach for it anyway, each and every time they enter the practice room, rehearsal hall, or stage. Learning and performing with a mindset of excellence is one of the most important life lessons that music education has to offer.

Now, for those of you who are in the "music is its own reward" camp, I am not taking issue with that belief, in fact our views are more aligned than you might think. I'm not saying that music serves purely as a means to learning about excellence, I'm saying they are inextricably linked. How so? It becomes clearer when we consider this question:

At what point is a person considered a musician?

Huh? Aren't students, by definition, musicians as demonstrated by the fact that they have an instrument and are enrolled in my class?

Well, let me ask you: Is a student who is enrolled in an autos class a mechanic? Is a high school student who takes AP Physics a scientist? While we can certainly debate the degree of expertise required for experiences to be meaningful, it seems to me that a musician reaps musical reward in concert with a certain level of expertise, and expertise implies excellence. I think there is therefore at least enough solid footing here to consider the idea that meaningful music requires excellence in its approach. In the absence of excellence, what are students truly learning about music, or really, about anything? You can read more about my thoughts on excellence in "25 Things About Music Teaching and Education" (article | ebook).

Now before the emails and comments start flying, please know that I do not believe being an excellent, self-suficient musician is a simple "you are or you aren't" issue. Becoming an excellent musician is a complex endeavor, and is more of a spectrum than a light switch to be sure. What I'm trying to get people to think about is this: Is excellence an intentional component of your teaching? Do you teach music through the lens of excellence? It's an important philosophical question to reflect upon, and if you have heard the Japanese bands you can't deny that they value excellence. So back to their approach...

There is no question that the Japanese take a very narrow approach to pursuing interests. I believe this is because they feel that the "10,000 hour theory" has merit. In their view, you really haven't learned to be a self-suficient musician (or athlete, dancer, etc.) until and unless you have pursued perfection within the domain, and that takes time. Time of course is a finite resource. In the U.S. we generally value exposure over mastery. I think most of us have a sense that, to some degree, this is a good thing because it allows us to identify pursuits that we might truly enjoy, and we believe that spending your adult life in a fulfilling career is part of the American Dream. But the question remains: If we spend too much time sampling and identifying what we might be good at, we may never truly become excellent at anything. Is it not true that many people spend their lives in careers that are not fulfilling, and can this not be traced to being less than great at it? No, not always, but there is surely some truth there.

We have to be careful in valuing Doing Many Things over the value of learning to do something truly well.

I feel that the music program at my high school has a place for everyone, with ensembles to accommodate varying levels of time commitment.  I tell students who are not in a "top" group that I don't mind if music is not their "one thing" in which they will pursue perfection. But I very much do mind if nothing is. There is no career that values doing lots of things poorly. I believe that all teachers have a responsibility to help students (and parents) understand this reality.

There is much we can learn from the Japanese system, even though we will never have four hours of rehearsal per day. If nothing else teachers can be inspired to be more effective and productive with the contact time we do have. It's imperative that we don't fall into the trap of "oh sure I could do that too if I had _______." We already do enough of that within our own counties and districts! Music educators in the U.S. are uniquely positioned to help our school systems understand the importance of excellence in education. It starts by looking in the mirror and making sure we are doing everything we can to teach with excellence and offering our students opportunities to reach for a higher level of musicianship every day.

The Midwest performance meant many things to many people, but for me the ultimate lesson from the young ladies at Seika is the value of doing something very, very well. Brava!

1. Thomas West has also written some thoughts on Seika and the Japanese band system. Check out his blog at http://thomasjwestmusic.com

2. Extra credit if you know why I included Jack Palance's character "Curly" from City Slickers