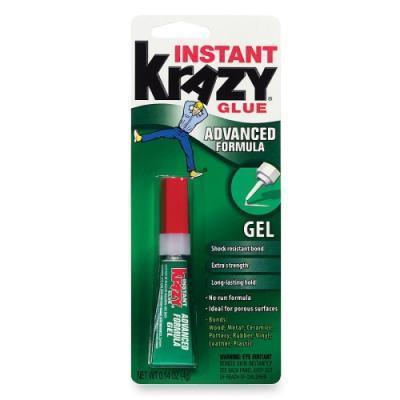 In our dining room we have four windows. A number of years back we purchased custom fabric blinds (roman shade style), and each came with an extra piece of matching fabric to use as a little valence which covers the mechanism at the top. There is a strip of Velcro on the mechanism, and a strip of Velcro on the fabric. Pair the Velcro, done. So this one particular window must have a unique temperature fluctuation, because when the morning sun heats it just right after a cold evening, the adhesive on the back of the Velcro that sticks to the mechanism gives way and the valence falls off with both pieces of Velcro attached to it. The other three window valences are just fine. The first time this happened my wife left it on the table for me. I noticed that the adhesive was really tacky (and warm), so I stuck the valence back on the blind and it held just fine....until the next time, which would sometimes be weeks or even months later. I would check the adhesive, and sure enough still really sticky, and I would tack it back up on the window. Does this remind you of the scene in It's A Wonderful Life where every time George Bailey comes down the stairs he pulls the top off the banister? Yeah, me too. So the other day I came downstairs and noticed that my wife had again placed the valence on the table. In a moment of clarity, I opened a drawer and took out the Krazy Glue and dabbed it on the back of the Velcro, then put the valence back up. Guess what? Yeah that valence is never coming down now. Duh, why didn't I do that the first time? So what does this have to do with teaching? How many times have you had to "revisit a concept" with your students that you KNOW you had already taught them? Darn these kids! Your lesson plan gets trashed as you "hang the valence back up on the window" and it sticks and all appears fine...until the next time. Have the students learned the concept, or was the lesson something that would hold temporarily? Just like using the Krazy Glue on the valence, what are we doing to be sure that a concept will stick for the long haul? Is a concept really taught if it won't stick permanently? And how do we know the difference? When I stuck that valence up for what I knew would be the final time, I felt pretty silly about all those times I just kept sticking it back up there, thinking that maybe this time it would hold forever. Foolish, but I did it, time and time again. Anyway, something to ponder.