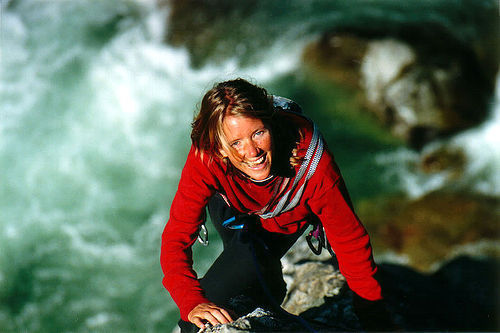 Today I was talking with a student about a piece that she is working on in a colleague's class. It's a killer...fast, technical, and really exciting for both the performer and the listener. You could tell that she really wants to get it right, and she was frustrated that she doesn't have it mastered yet.

"It's such a struggle" she said."Yeah" I said, "but the things that are really worth knowing are uncovered in the midst of the struggle.""I had a feeling you were going to say something like that" she said with a smile. But it's true. It's not only about a great performance, it's what you learn about yourself and the music along the way, especially when it's a struggle. Those are the discoveries that mean the most.Help your students to embrace the struggle. That's where the good stuff resides.